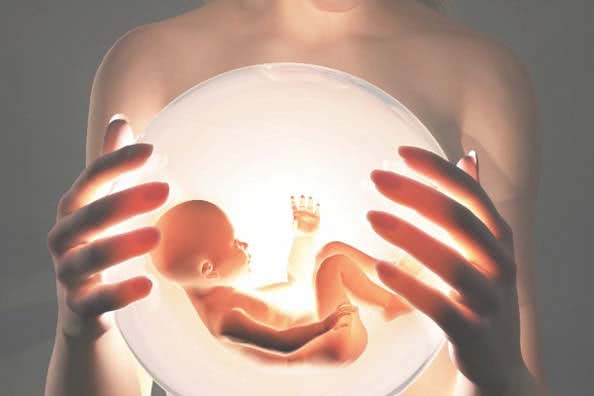 How does surrogacy work? Currently, due to a huge number of various causes, both medical and social, and also due to unfavorable environmental factors, the problem of infertility is becoming one of the most urgent. The ways of its solution are becoming ever more diverse, allowing the couple to have a child in almost any pathology.

About the surrogacy. So, the procedure of IVF (in vitro fertilization) becomes one of the well-proven methods of solving the problem. The essence of IVF consists in obtaining from a woman is ovaries mature eggs, fertilizing them with her husband is spermatozoa (or, at the request of both spouses, donor sperm), growing the resulting embryos in an incubator for 48-72 hours, and transferring embryos to the patient is uterus. But there are cases when even IVF is either ineffective or impossible on medical grounds, and adoption for psychological reasons cannot be carried out. Then the program of surrogate motherhood comes to the rescue.

Surrogate motherhood became possible after the method of in vitro fertilization (IVF) was developed, or, as people say, "conception in a test tube".

First, everything happens in the same way as with IVF: a woman takes an egg, fertilizes her "in vitro" with her husband is sperm, but the embryo is planted not by her, but by another woman who carries the baby for his genetic parents.

Its works! You can ask, how does surrogacy work? Ironically, the embryo takes root in a strange uterus even better than that of the mother. Although such troubles as ectopic pregnancy or miscarriage, too, happen.

In surrogate mothers, it is not necessary to invite relatives or look for women of their age and blood type. The main thing is that the candidate, who undertakes to take out another is child, was healthy and relatively young - at the age of 35 years. Synchronize biological processes in the organisms of two women for doctors is not a big problem. It is much more difficult to solve psychological problems. Therefore, it is necessary that the surrogate mother has already gone through pregnancy and childbirth, had her own child, or, better, two and knows how does surrogacy work.

Strict record of the babies born in this way we are not conducted: it is a matter of this intimate and genetic parents usually do not want to take it out for public viewing. But since it is known that there are about 30 laboratories for in vitro fertilization in the country, doctors suggest that in the 10 years of their existence about 300-500 babies were born with this method.

Health in children, surrogate mothers, even better than their peers. But there are no physiological secrets, the reasons are, rather, psychological: very much these children were expensive, so their genetic parents are serious about upbringing. When the hole process is clear, anyone can understand how does surrogacy work.