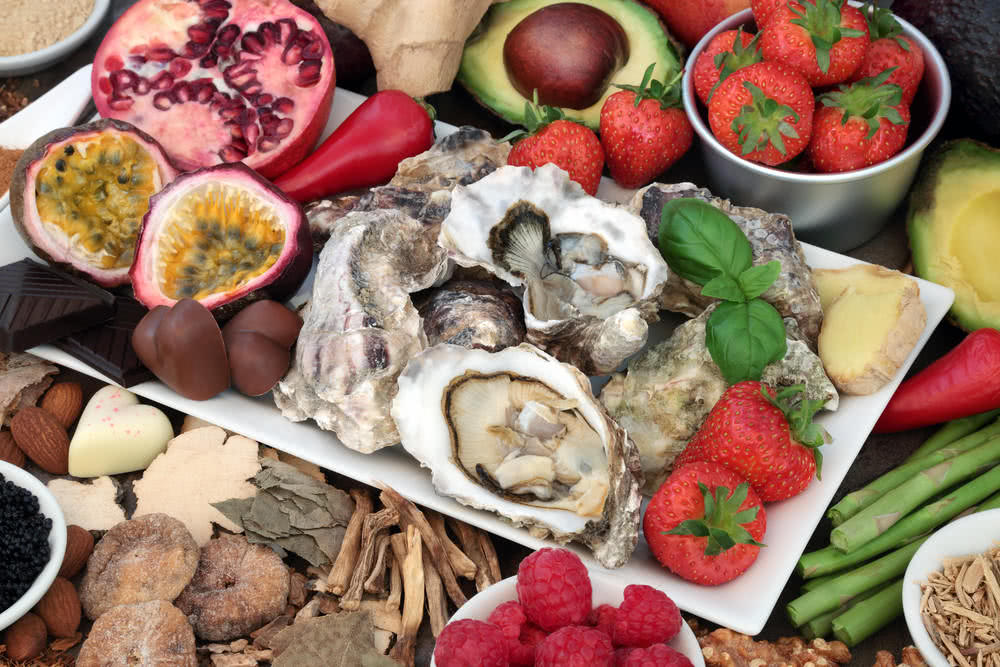 Aphrodisiacs are called substances (products, fragrances, drinks) that increase sexual desire or sexual activity. It seems logically that such properties should be extremely helpful while fighting infertility. Is this assumption true? Let's try to look deeper into this issue.

Nowadays, official medicine does not confirm the miraculous effect of aphrodisiacs. Until recently, no research has confirmed the presence of any substances that affect libido or potency. However, for centuries traditional medicine has widely practiced the use of these wonderful products. Is there a contradiction in this? Not all. Most of them are sources of macro-and micronutrients, normalizing human mineral balance. For example, oysters contain zinc in large quantities. The acute deficiency of this element causes a general deterioration of health and reproductive function in particular. Replenishing zinc deficiency restores the normal functioning of systems and organs, which may well manifest itself in an increase in libido. Even in ancient times, people established a link between this mollusk and increased passion. Oyster even became a symbol of the goddess of love Aphrodite. Considering, that such association to enhance sexual attraction and desire exists for many centuries, a powerful placebo effect is also additional to the effect on zinc.

Almost all aphrodisiacs have their own rather ancient superstitions and legends. Their effect on the body, like those of vitamin-mineral complexes, has a strong healing effect, boosting a higher quality regimen. Naturally, the intensive functioning of the body is manifested in the reproductive sphere. However, it is more likely to notice the activation of desire and that is normal for a healthy person than a magical increase to unimaginable powers.

In short, the role of aphrodisiacs in enhancing sexual vigour is somewhat exaggerated. The “lightest” of them have a mild stimulating effect. Of course, there are also “strong” aphrodisiacs, such as chocolate and alcohol. But they do not have a restorative effect on the body, and their stimulating effect is mostly connected with psycho system. Thus, alcohol is a psychological rather than a physiological stimulant. It contributes to the weakening of self-control, which results in the release of hidden sexual desires. However, those who use alcohol aphrodisiacs are well aware that a very small overdose can turn into a grandiose bedside failure. Needless to say, excessive amount of alcohol is harmful for human reproductive cells.

In case of a violation of fertility and reproductive abilities of a man, aphrodisiacs will certainly have a healing effect and improve overall health, taking a worthy place in the diet. Of course, we are talking about products that saturate the body with vitamins and elements. If the disorders are related to sperm formation, only a specialist who prescribes the treatment in time can help to cope with the illness.